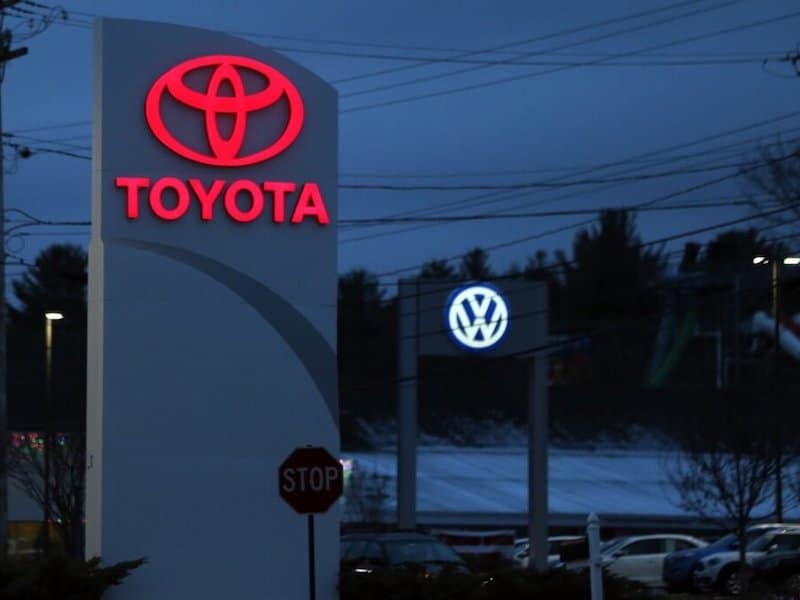 Posted at 19:56h in Blog by phil korosec
0 Likes
Share

“Toyota is stepping up a previous threat to terminate its business agreement with a Saco auto dealership’s owner and giving it an ultimatum to rehire an ousted former chief executive or hire a new one that meets with its approval.

The move would mean that unless Prime Toyota and its parent company comply, it would no longer be an authorized Toyota dealer and wouldn’t be allowed to receive the automaker’s cars directly from the factory. Toyota said it could even invoke a legal option to buy the dealership along with four others under the Prime umbrella.

The new threat is the latest in an escalating dispute involving a New York-based investment fund, which owns the Saco dealership and dozens of others, over the September dismissal of David Rosenberg, the former CEO of Prime Motor Group. The dealership chain was founded in Maine in the mid-2000s by the late Ira Rosenberg and taken over by his son, David Rosenberg, three years ago, when the elder Rosenberg retired.

Prime Motor is a subsidiary of Massachusetts-based Prime Automotive Group, which represents 56 dealerships organized into five regional groups across eight states, including nine dealerships in Maine. Prime Automotive was created in 2017 when investment fund management firm GPB Capital Holdings purchased a majority ownership stake in Prime Motor and merged it with another dealership chain.

In a letter sent by Texas-based auto manufacturer Toyota Motor North America Inc. in April to the new executives of Prime Automotive, the automaker said it wants GPB to meet a half-dozen demands, including reinstating Rosenberg or replacing him with someone with similar qualifications. The letter said Toyota had “significant concerns” over GPB’s 2017 purchase of Prime Automotive that were addressed by retaining Rosenberg, so it wants him reinstated.

The letter also calls on Prime Automotive to sell its Toyota dealerships to an approved buyer – or to Toyota’s retail arm. It gave Prime Automotive until June 3, at which point Toyota will reassess whether to extend its dealer agreement further.

Volkswagen also has threatened to pull its dealership agreements with GPB-owned dealers.

David Rosenberg alleged financial misconduct by GPB last July. The company had asked Rosenberg to stay on and run the dealerships, but he was fired two months after accusing the investment fund of using new investments to pay back earlier investors – essentially running an alleged Ponzi scheme.

GPB’s financial dealings have been under investigation by federal and state officials in New York, and it also faces a class-action lawsuit from investors saying the company has not provided timely and accurate financial statements, among other allegations.

Rosenberg was due to be paid nearly $6 million last July as part of GPB’s buyout of Rosenberg’s remaining stake in the dealerships, but he said that payment was never made. His lawyers are asking a Massachusetts court to reinstate him in his CEO position at Prime Automotive and set aside millions of dollars for Rosenberg’s payments, but no hearing has been scheduled on the request for a preliminary injunction, filed Friday.

In a court filing, Rosenberg said GPB owes him a total of $24 million and has missed payments totaling $12 million.

David Thornhill, Toyota’s vice president of retail market development, declined to comment on his letter to Prime Automotive, saying the company’s relationship with dealers is confidential.

In a statement, Prime Automotive dismissed Toyota’s letter as a “routine” communication designed only to “reserve their rights.” The company said, “We have no intention of giving up or selling the five dealerships, particularly when four of them were selected by Toyota for its most prestigious President’s Award on March 30.”

Ira Rosenberg built a string of successful dealerships in Massachusetts, which he sold in 2000. After a brief retirement, he asked to be released from a non-compete clause and began looking for somewhere in New England to build another chain, eventually settling on southern Maine.

He was successful and a popular pitchman for his dealerships on television before retiring again in 2017. Ira Rosenberg died in March 2019.”