Posted at 18:20h in Blog by phil korosec
0 Likes
Share

GPB Capital made the headlines when its CEO, David Gentile, a former managing partner, Jeffrey Lash, and the CEO of Ascendant Capital, Jeffry Schneider, were arrested and charged with fraud. The SEC (Securities and Exchange Commission) also charged the trio for running a Ponzi-like scheme.

The lack of action from regulators in GPB Capital’s case is not isolated. Tobias Salinger investigates the problem in his article for Financial Planning, “A black eye for FINRA? Brokers with checkered histories cast doubt on enforcement efforts:”

“[R]ecent cases shine a light on what consumer advocates call an endemic oversight problem in wealth management. As evidence, they note that regulators are slow to catch fraudsters and other criminals; firms aren’t required to supervise advisors tightly enough to prevent schemes and crimes before they happen, even when a registered representative has a history of black marks; and BrokerCheck, held up as the one place clients can go to see their advisor’s regulatory record, often doesn’t record violations until long after an advisor is accused of wrongdoing. […]

The three separate cases display the risks involved when the system misses some alleged wrongdoers. In their immediate wake, deficiencies in BrokerCheck’s public database are leaving users uninformed about basic details of some of the accused reps and firms while raising questions as to why their prior records didn’t seem to prompt greater scrutiny.

Take the case of ex-SA Stone Wealth Management broker Gregory Frank Estes. He was arrested more than a month ago on charges of aggravated sexual assault of a child and indecency with a child by contact. BrokerCheck has no mention of the allegations. It does, however, list the San Angelo, Texas-based advisor’s 2001 conviction on charges of attempted sexual assault.

Estes, 56, spent 10 years on probation; before the child sex abuse charges, he had been scheduled to be removed from the Texas Public Sex Offender Registry next year. The two cases — as well as one firm’s termination of him in 2006, a state insurance suspension in 2003 and a $95,000 settlement in 2016 — span his 25-year tenure in the industry, BrokerCheck shows. […]

Another former rep, Keith Todd Ashley, is behind bars awaiting trial on charges of murder and fraud in a different case without being barred by FINRA. His BrokerCheck contains information about neither his Nov. 13 arrest on federal wire fraud charges in the Eastern District of Texas nor his Dec. 8 indictment on murder charges in Dallas County.

The midsize independent firm where Ashley worked, Parkland Securities, fired him on Oct. 28, citing undisclosed outside business activities, BrokerCheck shows. The database also lists a felony forgery charge against Ashley, 48, in 1991 that was later dismissed. After an FBI officer’s testimony last month, a federal judge ruled that Ashley should remain incarcerated based on his prior criminal history and “a serious risk” he could try to obstruct justice. […]”

Joseph Peiffer, Managing Partner at Peiffer Wolf Carr Kane & Conway (“Peiffer Wolf”), knows a lot about the third case mentioned by Tobias: GBP Capital. Peiffer Wolf has many clients whose portfolios include GPB Capital. As Tobias explains in his article, 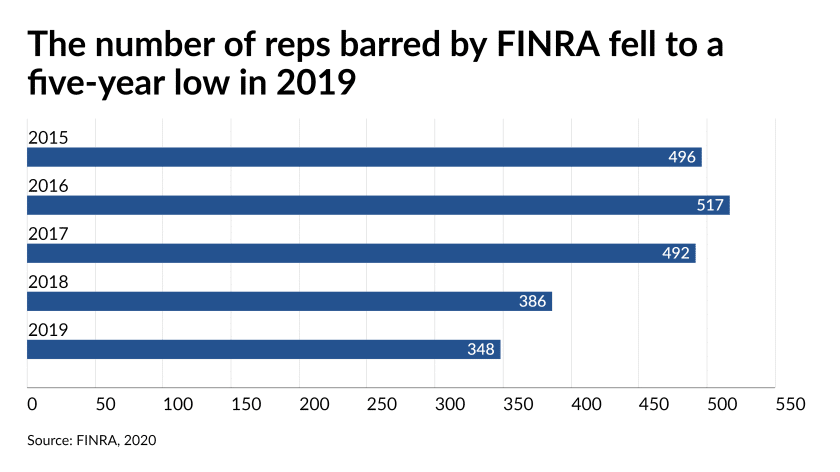 On their BrokerChecks, Schneider has 20 disclosures including a dozen that predate the GPB cases, while Martino has 10 — only half of which relate to GPB. After leaving Axiom in 2017 for Ascendant’s BD, Martino registered with a different firm named The Benchmark Company on Feb. 17, according to BrokerCheck. […]

The push by industry and regulators to crack down on advisor malfeasance “is just not working,” according to attorney Joe Peiffer of Peiffer Wolf Carr Kane & Conway, which is pursuing civil and arbitration cases against GPB and wealth managers that sold the private equity products.

“I’m waiting for the day that FINRA shows up to a case before I do,” Peiffer says.

Representatives for the SEC declined to comment. Andrew DeSouza, a spokesman for FINRA, said in an email that the regulator “can’t comment beyond what is on an individual or firm’s BrokerCheck profile.” He cites two recent rulemakings as adding to “our existing exam and risk-monitoring programs which focuses on firms with a pattern of hiring, and failing to supervise registered representatives with significant histories of misconduct.” […]

Given the limitations of BrokerCheck, investors should do their own homework on advisors, says John Hanson, a former FBI special agent specializing in white-collar crimes who is now a managing partner with accounting firm BDO. He notes charges such as murder would show up in a Google search and a presumption of innocence often prevents firms and regulators from making fraud investigations and allegations public. It’s difficult to outsmart a determined fraudster, however.”

There is a new rule proposed by FINRA that reads in part: “FINRA is proposing to adopt Rule 4111, which would impose obligations on member firms that have significantly higher levels of risk-related disclosures than similarly sized peers. FINRA would preliminarily identify these member firms by using numeric, threshold- based criteria and several additional steps that would guard against misidentification.

“The obligations could include requiring a member firm to maintain a specific deposit amount, with cash or qualified securities, in a segregated account at a bank or clearing firm, from which the member firm could make withdrawals only with FINRA’s approval. The obligations also could include conditions or restrictions on the operations and activities of the member firm and its associated persons that relate to, and are designed to address the concerns indicated by, the preliminary identification criteria and protect investors and the public interest.”

According to  Tobias’ article,

“To try to reduce the harmful impact of bad actors under the rule, firms that meet certain thresholds of serious disclosures at the corporate level and among their reps would have to set aside restricted deposit accounts that could also cover arbitration claims if they’re left unpaid. Out of 3,582 member firms in 2018, 61 of them, or 1.7%, would have met the preliminary criteria, according to the rule.

Some consumer advocates have welcomed the proposal as a positive, if flawed, step forward. Others, like Better Markets’ Bagramian, describe it as too narrow in scope with too many chances for firms to avoid the requirements and too little public disclosure of which specific firms are under restrictions.

In the absence of stronger regulations, experts say, one fix is for more firms to adopt best practices already in place for many firms.

Required two-week vacations are one example. When a fraudster financial advisor is forced to take a vacation, they can’t be in the office to assuage clients’ doubts about phony or erroneous account statements, or tell them not to worry because their money is on the way. Instead, any concerned clients’ calls go to a supervisor or another staff member who could detect the problem and report the case to the brokerage firm and authorities.

Other common heightened supervision procedures discussed at the FINRA panel last fall include: Creating an enhanced plan on top of those imposed by certain state regulators when reps switch firms; tracking which brokers are garnering sales-related client complaints each quarter; identifying big changes in the mix of products and services sold by the advisor; ongoing credit checks on reps with financial disclosures; reviewing all of the reps’ emails and even asking to login to their personal email to search for the names of clients.”