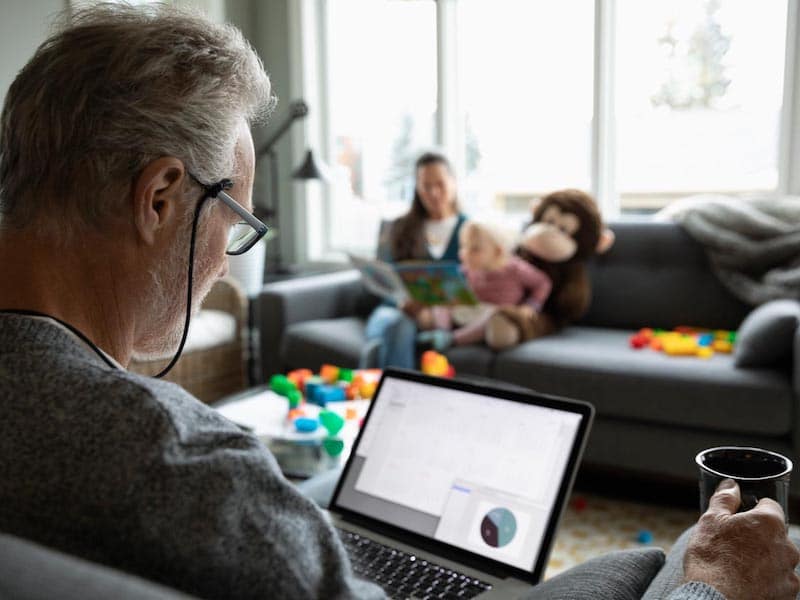 Posted at 18:26h in Blog by phil korosec
0 Likes
Share

Joe Peiffer, Managing Partner of Peiffer Wolf, spoke with Eleanor Laise from Kiplinger for a story in Kiplinger’s Retirement report. Since retirees are too often the victims of bad brokers, Laise put together a document to help them better understand the dangers of investing without proper guidance. Among the bad products listed by Lais, GPB is highlighted as a source of worries for many investors.

Retirees seeking yield and diversification are venturing into some murky waters. With valuations lofty and yields low in the traditional stock and bond markets, many older investors are casting about for alternative investments that can offer attractive distributions and low correlation with plain-vanilla investments. In some cases, they’re turning to “interval” funds, which offer access to more exotic, higher-yielding investments than those typically found in traditional mutual funds; non-traded real estate investment trusts, which often sport distributions of 6% or more and are not listed on an exchange; and private placements, which are unregistered securities offered privately to investors rather than sold in a public offering.

Sales of such holdings are soaring. Non-traded REITs are expected to raise $10 billion this year, more than double their 2018 sales, according to Robert A. Stanger & Co. Interval funds held nearly $30 billion in mid 2019, up 25% from a year earlier, according to Interval Fund Tracker, a website that follows the funds.

Such benefits, however, come at a cost. Compared with traditional investments, these holdings can have much higher fees and lower liquidity—meaning it may be difficult or impossible to get your money out when you want it. The investments can be complex and have varying levels of regulatory scrutiny. Interval funds, for example, are registered with the Securities and Exchange Commission and make public disclosures, but they can invest a substantial chunk of their assets in private offerings, which live in a less-regulated world where disclosure is limited and valuations can be difficult to determine.

The private securities market, where offerings are exempt from SEC registration, can also be a magnet for unscrupulous brokers who prey on older investors. Last year, unregistered securities were the top source of state securities regulators’ enforcement actions involving senior investors, according to the North American Securities Administrators Association.

As more exotic, higher-yielding holdings are pitched to mom and pop investors, regulators may add fuel to the fire. In June, the SEC requested public comment on whether it should consider changes that would make private offerings more broadly available to small investors. Currently, individuals investing in unregistered offerings must generally be “accredited”— meaning they have annual income over $200,000 or net worth over $1 million, excluding their primary residence. The SEC says its goal is to simplify and improve the rules for private offerings “to expand investment opportunities while maintaining appropriate investor protections” and promoting capital formation.

But some investor advocates say that expanding small investors’ access to unregistered securities could do more harm than good. In the private securities market, unlike the public markets, small investors “don’t get accurate information on which to value securities, and they’re not guaranteed the best available price,” says Barbara Roper, director of investor protection for the Consumer Federation of America. “The deck is stacked against them.”

What retirees need to know about investments

To help retirees, Laise wrote a “field guide”, of which we highlight:

Interval Funds. An interval fund is a type of closed-end fund—a fund that has a fixed number of shares. But unlike most closed-end funds, interval funds generally don’t trade on an exchange. Instead, the funds offer to repurchase shares at set intervals, typically once per quarter.

These repurchase offers can range from 5% to 25% of shares outstanding. So unlike traditional mutual fund investors, who generally can sell all their shares at any time, interval fund investors have to wait for a repurchase window and hope that the repurchase offer is large enough to satisfy their redemption request. That limited liquidity gives the funds leeway to invest in higher-yielding, less-liquid assets. Holdings can include farmland and other real estate, private equity, catastrophe bonds and direct lending—providing loans directly to borrowers, without an intermediary.

Interval funds aren’t subject to the liquidity rules governing traditional mutual funds, which can’t invest more than 15% of assets in illiquid securities. And sacrificing liquidity is one of the best ways to juice returns in today’s market, interval fund managers say. “One of the most attractive premiums in the market is the illiquidity premium—the premium you get by investing in private markets versus public markets,” Mogelof says. […]

But many credit-focused interval funds are relatively new and untested in times of severe market stress, and some analysts are concerned about how they’ll hold up amid market turmoil. Although the limited repurchase windows shield fund managers from having to sell significant assets at depressed prices to meet investor redemptions, even quarterly liquidity “is going to be insufficient if you run into a severe market dislocation or period of heightened risk aversion,” says Stephen Tu, senior credit officer at Moody’s. If you want to get a sense of how these funds will fare in a market slide, he says, look at hedge funds that pursued similar credit strategies during the financial crisis. In many cases, he says, those funds were unable to meet redemption requests and put up gates limiting investor withdrawals. […]

Other risks to consider: The funds can employ leverage, or borrowed money, which can increase volatility. In times of stress, a leveraged fund could be forced to repay loans on an accelerated basis, says Rory Callagy, senior vice president at Moody’s. The funds’ fees can be high, often topping 3% annually. And the enticing distributions aren’t necessarily just interest and capital gains—they can also include “return of capital,” which means the fund is handing back a portion of your investment. “You want to look at total return over the longer term,” Mohs says. “You don’t want to be sucked in by a headline yield.”

Some retirees who have dabbled in non-traded REITs say “never again.” Nancy Hanson invested about 8% of her portfolio in a non-traded REIT in 2016 because her financial adviser said it was a good way to diversify. “Our portfolio was in his hands, and we were just trusting he was doing right by us,” says Hanson, 54, a Silicon Valley retiree. But she regretted the investment almost immediately. She didn’t understand how a non-traded REIT worked, she says, and she felt uneasy about its valuation because it didn’t trade on an exchange. She held on—because getting out early would have meant a significant haircut—but she ditched her financial adviser and shifted to a far simpler and cheaper investment approach. Today, her portfolio consists mainly of four low-cost Vanguard index funds, and her strategy, she says, is to “sit back and let it do its thing.”

Private Placements. Many retirees, having accumulated a lifetime of savings in IRAs or 401(k)s, easily clear the income or net worth hurdles to qualify as accredited investors. That means they have access to private placements, which are exempt from registration with the SEC and are often pitched to seniors as income-producing vehicles. But all too often, investor advocates say, these retirees get entangled in a web of poor disclosure and unscrupulous sales practices.

Private placements issued by New York–based GPB Capital, for example, have recently become the focus of multiple regulatory investigations and investor complaints. Last year, after the firm missed a deadline for filing audited financial statements for GPB Automotive and GPB Holdings II, the Massachusetts Securities Division launched an investigation into the sales practices and due diligence of firms selling the products. “I’ve seen this movie before, and it does not end well,” says Joe Peiffer, managing partner at law firm Peiffer Wolf Carr & Kane. Peiffer represents multiple retirees who have filed arbitration complaints against brokerage firms that sold the GPB private placements, alleging the investments were unsuitable for them. “These are not actions against GPB Capital, but against broker dealers who are unrelated to GPB Capital,” GPB said in a statement.

The GPB saga also underscores the risks of interval funds investing in private placements. As of June 30, interval fund Wildermuth Endowment had an investment in GPB Automotive Portfolio LP, which it purchased at a cost of $500,000 and listed at a fair value of just over $457,000. The holding represented less than 0.3% of fund assets at the end of June. Yet GPB has been a challenging issue for Wildermuth, because of the difficulty of valuing an investment that is not able to provide financials, says Daniel Wildermuth, the fund’s manager. The fund’s current valuation of the investment, he says, is based on what Wildermuth believes to be the most up-to-date information.

GPB said in a statement that “further information with regard to company level financial performance will be provided upon the completion and issuance of the outstanding company audits” and registration filings for the applicable partnerships.

On top of the sometimes fuzzy valuations, private placements sold to small investors also tend to come with high commissions and can be tough to sell.

Investments: how to avoid problems

If an adviser pitches you unregistered investments, check on his regulatory track record. Go to brokercheck.finra.org for details on how long a broker has been in business, what licenses he holds and his regulatory history. Search for investment advisers, who are held to a fiduciary standard, at adviserinfo.sec.gov. The adviser’s Form ADV includes details on fees and any regulatory problems.

Also ask the adviser directly what compensation he—and his firm—might receive as part of the transaction. “Anybody not willing to tell you how much they get paid is not someone you want to do business with,” Peiffer says.

If this is money you can’t afford to lose, or you can’t get satisfactory answers to your questions, “the answer is just stay away,” Roper says. “There are lots of good investments available in the public markets to serve pretty much any investment goal you might have.”