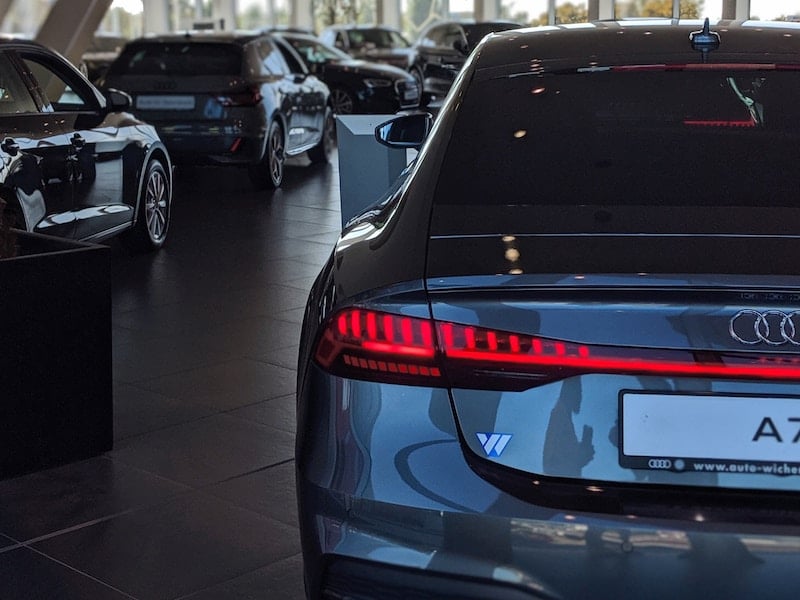 Posted at 18:00h in Blog by phil korosec
0 Likes
Share

GPB Capital Holdings’ handling of the firing of David Rosenberg, ex-CEO of Prime Automotive, raised eyebrows in the auto industry, reports Automotive News. At least 4 of the biggest automakers – Volkswagen, Toyota, Subaru, and Audi – are concerned. Moreover, the automakers now say “the move breached their contracts”.  As a result, some “have pushed for GPB/Prime to sell the stores, while others are giving them time to cure noncompliance issues.”

This is another blow to GPB Capital Holdings’ reputation. The company, which is the majority owner of Prime Automotive Group, has been the subject of FBI and SEC investigations, and two GPB executives – including David Rosenberg – have accused GPB of running a Ponzi scheme. In fact, it was this accusation that allegedly resulted in Rosenberg being ousted from Prime Automotive – a company mainly built by his father, Ira Rosenberg.

But the automakers are not happy with the situation, according to Automotive News:

Some automakers are demanding one of the largest dealership groups in the country sell some of its stores after a management upheaval that occurred amid ongoing federal and state investigations into the group’s majority owner.

Volkswagen, Toyota, Subaru and Audi said they are troubled over GPB Capital Holdings’ September ouster of David Rosenberg as CEO of Prime Automotive Group and as dealer principal of most of the group’s dealerships without notice or approval. Some automakers say contract breaches allegedly made by GPB are grounds for franchise termination.

The automaker claims are spelled out in an amended complaint filed in late November by prominent Northeast dealer Rosenberg in a Massachusetts court against GPB and others. Rosenberg is seeking to regain control over the Prime Automotive stores. […]

Volkswagen, in an Oct. 31 letter, told GPB it must sell three dealerships, while Toyota put GPB on notice in October that it must cure a list of contractual issues within six months or sell five stores, according to court records. The automakers’ communications to GPB were included in a Nov. 26 court filing by Rosenberg in his lawsuit against GPB.

While it’s unclear how many automakers and lenders have initiated such steps against GPB, some buy-sell experts say the moves mean others likely have or will follow. The push to sell dealerships could have a domino effect and begin the unraveling of the large dealership group, those experts told Automotive News.

The news of the automakers’ move against GPB comes after a long list of problems with the regulators:

GPB is tangled in several lawsuits with investors and business partners and faces investigations by the FBI, Securities and Exchange Commission and multiple state government entities. GPB since 2013 has raised hundreds of millions of dollars from thousands of investors, though once-steady distributions to investors have halted.

GPB’s auditor put uncompleted financial audits on hold, pending independent investigations of allegations made by Rosenberg and involving Michael Cohn, GPB’s chief compliance officer who was indicted in October, GPB spokeswoman Nancy Sterling said. Cohn, who previously worked in the SEC’s enforcement division, left the regulatory agency in fall 2018 to work for GPB and is accused of accessing information about the GPB-SEC investigation from SEC servers and sharing it with GPB.

Sterling declined to comment on the automaker pressure. GPB declined to answer several questions about the status of its stores, whether it had initiated dealership sales and whether Prime Automotive’s interim CEO had been approved as a dealer principal by any automaker. That interim CEO is Kevin Westfall, co- founder of online used-vehicle retailer Vroom and a former AutoNation Inc. executive whom GPB in September appointed to replace Rosenberg.

David Rosenberg apparently has the support of automakers

Through its spokesperson, GPB claimed back in September “that discussions were underway with automakers on [interim CEO Kevin] Westfall assuming Rosenberg’s dealer principal duties. ” However, “according to Rosenberg’s Nov. 26 filing, Subaru, Audi, Volkswagen, and Toyota have not approved a successor dealer principal.” In fact, the automakers were very concerned:

Several automakers have concerns that GPB altered the dealership group’s board makeup and changed voting rights control without their consent, the Nov. 26 filing shows. Audi and Volkswagen were troubled that dealerships representing their brands and others had been operating under forbearance agreements with lenders without their prior knowledge, according to the filing.

Volkswagen, in its Oct. 31 letter to GPB CEO David Gentile, said GPB must sell Prime Volkswagen in Saco, Maine; FX Caprara Volkswagen in Watertown, N.Y.; and Volkswagen of Norwood in Massachusetts, according to court records.

In the letter, Brian Kelly, senior director of network operations for Volkswagen, said GPB and Prime breached their business relationship agreement and that Volkswagen demanded GPB submit purchase agreements for the stores within 90 days. Failing to do so and to consummate sales would require GPB to voluntarily terminate its dealer agreements, according to the letter.

“It is clear that there is no remedy to the breaches,” Kelly wrote.

An Audi spokeswoman, in an email to Automotive News, confirmed Audi Westwood in Massachusetts is open for business, “which we expect to continue,” but declined to comment further.

Bryan Dumais, vice president of market development for Subaru of New England, confirmed the three dealerships are open for business. […]

In an Oct. 2 letter, Toyota’s Dennis Thornhill, vice president of retail market development, said the automaker had “substantial concerns” regarding investigations by the SEC and Massachusetts regulators into GPB, plus various lawsuits.

“These concerns have been exacerbated by the lack of transparency from the parties, as well as actions that are contrary to both the spirit and the substance of the letter agreement,” Thornhill wrote. “Because of GPB’s continuing ownership interests in five Toyota dealerships, its actions that are subject to these investigations, disputes and lawsuits not only harm those directly impacted, but also continue to negatively impact Toyota and the Toyota brand.”

Toyota expressed doubt that all GPB’s noncompliance issues could be cured and thus would “require divestiture,” according to the letter. Toyota’s agreements with GPB require equity ownership interest in the dealerships, annual financial statements, which hadn’t been provided for 2017 and 2018, and dealer principal candidates that meet certain criteria.

David Rosenberg is not the first executive to have problems with GPB. Prior to Rosenber’s issues with GPB, Patrick Dibre had already accused the company of running a Ponzi Scheme. But back in 2017, everything seemed fine. In July 2019, the problems with Prime Automotive Group began to surface.

Rosenberg initially sued GPB in July, alleging the company failed to make a $5.9 million payment to him out of retaliation as he tried to address fraudulent activity at GPB. The lawsuit claims Rosenberg exercised his option to sell his $23.6 million stake in Prime.

GPB cited misconduct, failure to cooperate with the board and refusal to cooperate with the audits as reasons for terminating Rosenberg with cause, according to a letter signed by Westfall that was included in Rosenberg’s amended complaint. Westfall wrote that Rosenberg had been making “derogatory statements” to automakers and lenders to “achieve your transparent objective to force a sale of the automotive business back to you and any financial backers you may have identified.”

Rosenberg amended his lawsuit against GPB to include several additional allegations of fraudulent behavior by GPB, such as fabricating income and self-dealing transactions, according to the Nov. 26 complaint. It also named several new defendants such as Gentile and Westfall and other entities.

The lawsuit includes allegations of “massive, past, ongoing and material financial improprieties” by defendants dating to at least 2014 and claims that Rosenberg provided such information to GPB’s auditor and the SEC and was retaliated against, including by being terminated.

As more complications involving GPB Capital Holdings are becoming public, there are growing concerns among investors.